Many foreign operators require suppliers to pass GMS certification. In some places where foreign operators dominate the mobile phone market, it is difficult to take the operator channel without GMS certification. At the same time, at the recent Android conference, Google once cut off the major MADA vendors that did not come to the conference and failed the shipment. At the same time, it is even tougher that in the third quarter of 2017, GMS will be mandatory. Certification, otherwise they will not be used.

Google services are essential Internet services for products such as mobile phones and tablets. Their laws also explicitly require that these products bear the Google Android logo. Google GMS certification is a proof of identity and an effective means of opening up brand differentiation. One way to simply judge the comprehensive capabilities of a manufacturer is to see if the manufacturer has passed Google GMS certification. Products that do not pass Google GMS certification risk customs detention. Google GMS certified products do not allow the use of a full set of Google mobile services or the printing of related Google Android logos. Certified Android products ensure the stability and compatibility of the most basic device functions. Certified Android products are not easy to crash and freeze, while ensuring that Google's various services and software can be used. The device is included in Google ’s hardware compatibility list, which means that the device product has been approved by Google. It means that the device driver has passed the official compatibility test of GOOGLE GMS. The impact of drivers and software improves brand trust in the user's mind.

The GMS test mainly includes CTS, GTS, and CTS verifier tests:
1.CTS test
CTS is the English abbreviation of Compatibility TestSuite, which means compatibility testing. The main test is the compatibility of the API. The purpose is to ensure the compatibility of the API. In the end, various applications (including secondary development applications) can be compatible to run on different platforms.
2.GTS test
3.Test CTS verifier manually
CTS Verifier is part of the CTS test and needs to be performed manually. It is mainly used to test functions that cannot be tested by automatic test systems, such as cameras and sensors. Due to hardware configuration or other reasons, some test items on different mobile phones are hidden, that is, the total number of cases in CTS Verifier depends on which functions the test machine supports. 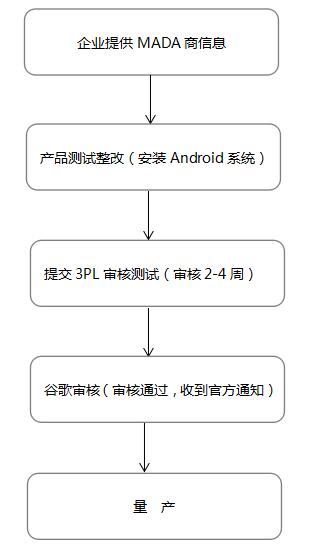 MADA：Mobile Application Distribution Agreement，It is an agreement signed by Google with manufacturers using Android systems. The entire application cycle is subject to Google's response. In general, the application period is about 8-12 weeks. 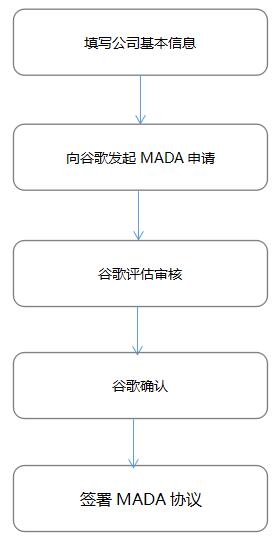