The Wireless Charging Alliance (referred to as: WPC Alliance) is a cooperative organization composed of multiple independent companies. The qi standard is an international standard established by WPC for compatible wireless charging docks. Mobile phones, cameras, remote controls and all electronic products with the qi logo will be compatible with all charging docks printed with the logo. 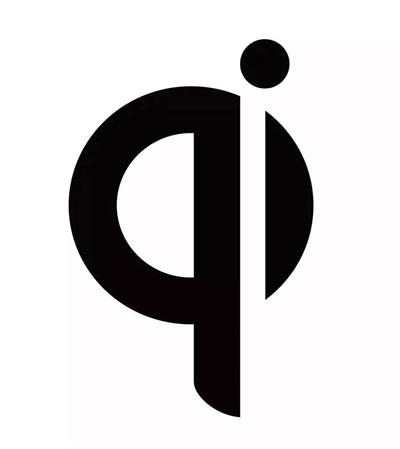 In the field of wireless charging for commercial mobile phones, the WPC Alliance ’s qi standard has an absolute advantage. As of August, 628 companies worldwide have joined qi members, including Apple, Samsung, LG, haier and other internationally renowned companies.

The "qi" logo belongs to the WPC Alliance. To use this logo on wireless charging products, it must first be authorized by the WPC. If it is used without authorization, it will be punished by the WPC or the product will be removed from the shelves. In addition, after the wireless charging products are certified by Qi, the indicators meet the requirements of the Qi standard, which is also a guarantee of the quality of the product itself. Consumers who use products certified by Qi are obviously safer and more reliable than those who fail to pass the certification.

After the company applies to become a WPC member and pays the annual fee, it can apply for the "qi" logo use authorization, and send the company's corresponding documents to the qi headquarters. After passing the review, the authorization can be obtained.

At the same time, you can prepare 5 normal function prototypes (select wireless charging solutions that can pass qi certification, such as NXP, Xuxinsheng, Lingyang, Yichong, etc.) and send them to the domestic certification laboratory designated by WPC, such as Anzheng , SGS, Presace, etc., and then the solution company and the customer fill in the corresponding product model, WPC member name and certification type. Certified products are divided into two types: BPP (Baseline Power Profile) and EPP (Extended Power Profile) according to different load power. BPP covers products with output power less than or equal to 5W, and EPP includes products greater than 5W to 30W. After that, the test fee is paid. Domestic certification laboratories generally charge 25,000-30,000 RMB for BPP certification, and 150,000 RMB for EPP certification.

According to the normal test time calculation, if there is no failure item in the product to be tested, it will take 4-5 weeks to pass all the test items at one time, plus some turnaround time, so the general certification cycle is 1.5-2 About a month.

According to WPC data, taking November in the peak of certification in 2017 as an example, a total of nearly 30% of the products tested failed the first compatibility test, and the EPP test samples had a first failure rate as high as 61.5%, even the BPP test, which is relatively common now, still has close to 20% failure rate.

Therefore, choosing a suitable solution before product development is of great help for subsequent certification. As a result of the continuous updating and optimization of Xuxinsheng's wireless charging solution, the passing rate of BPP certification has been greatly improved.